Brazilian cuisine is synonymous with churrasco, a form of barbecue native to Southern Brazil. Brazilian cheese bread, or pao de queijo, is also immensely popular outside the country. But what do you know about other traditional Brazilian food that may be less well-known outside its homeland?

Brazil’s culinary heritage is richly varied, incorporating influences from Portuguese, native Brazilian, and African cuisine with the bountiful natural resources that Brazil is endowed with. This is the way some of Brazil’s most popular food came to be, and today represents the tastiest delights in the region. Here are a few traditional Brazilian dishes that are guaranteed to make your mouth water! 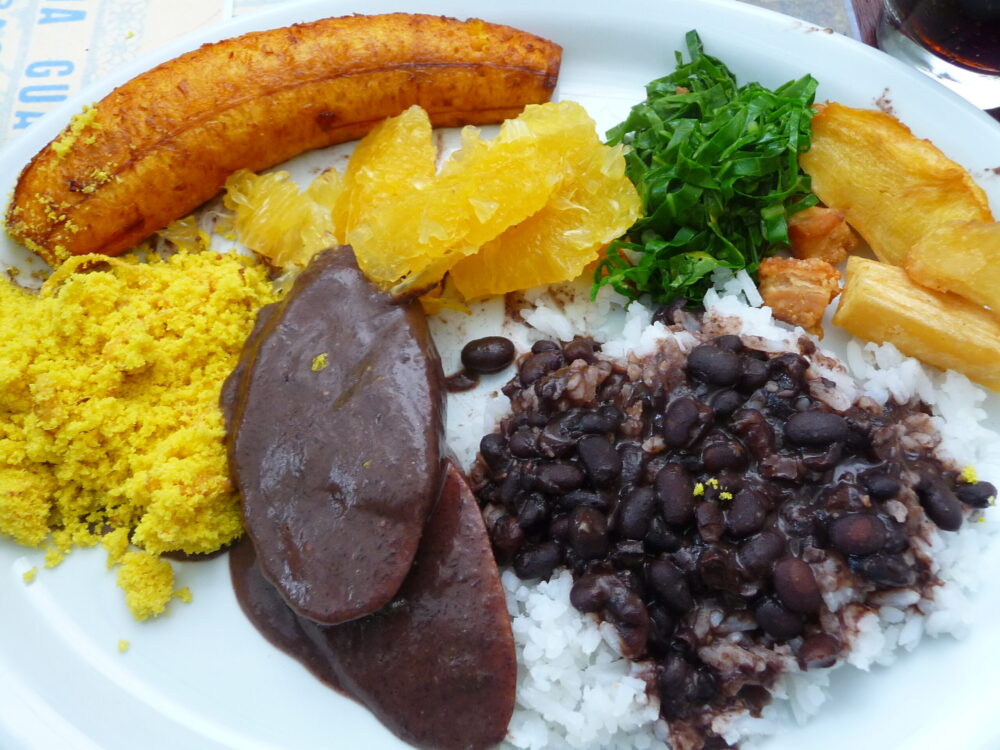 Feijoada is widely taken to be Brazil’s national dish. A stew of beef, pork and beans, this hearty dish is a favorite nationwide. Feijoada originated in Portugal, and remains popular in other former Portuguese colonies such as Macau and Angola. Within Brazil itself, there is wide regional variation in terms of how Feijoada is prepared. The stew is cooked with additional vegetables in the Northeastern region of the country, and it’s also one of the most popular dishes in Rio de Janeiro. 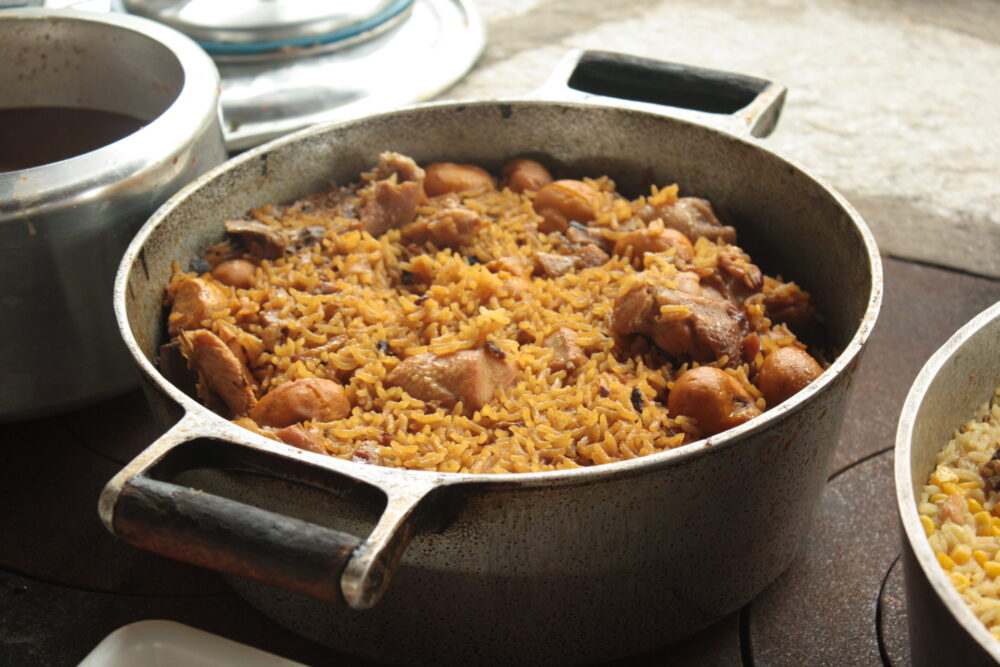 Galinhada is a traditional Brazilian dish widely consumed in the states of Minas Gerais and Goias. This mouthwatering stew is made out of rice and chicken and is traditionally made with saffron, which gives it its signature yellow hue. A one-pot dish, galinhada makes a great main course for huge family get-togethers, or for long and chilly winter nights spent with friends. 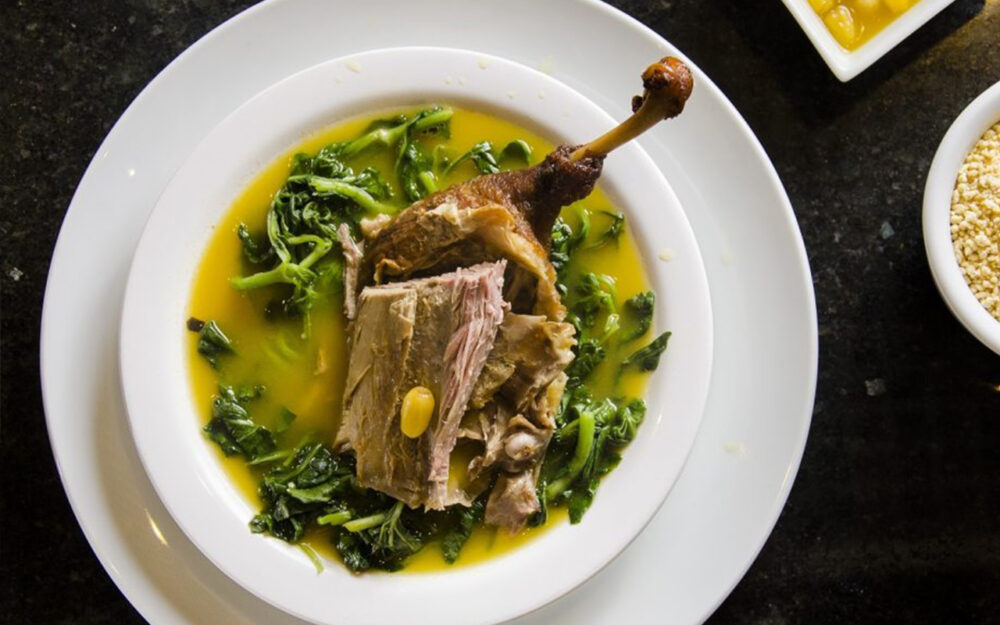 One of the most popular Brazilian dishes, Pato no Tucupi is a duck stew originating from the Northern part of Brazil. Pato means duck, and tucupi refers to the lip-smacking tucupi sauce that the duck is simmered in. Tucupi is made out of fermented manioc, or cassava, a staple food in Brazil. Often served with rice, Pato no Tucupi is a well-loved dish in many parts of Brazil. 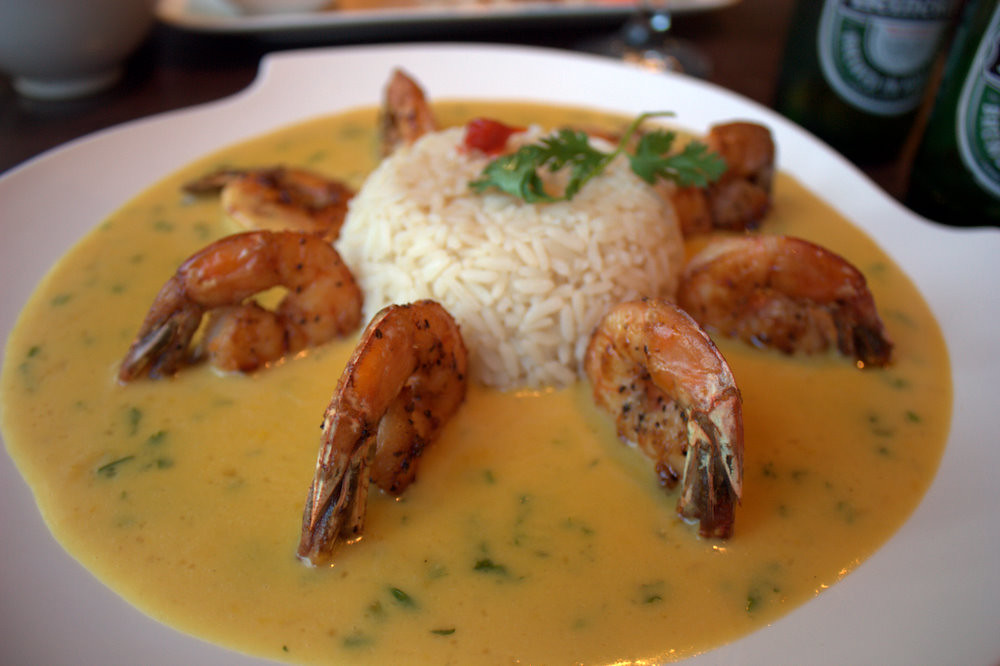 Bobo de Camarao is a Brazilian dish that incorporates strong African influences, and it first came to Brazil with African slaves. The name bobo originally referred to meals made with beans, but over time this dish was recreated so much that it is no longer prepared with beans at all. To make bobo de camarao, shrimp is stewed with manioc flour, coconut milk, and various spices. Like a lot of popular Brazilian food, bobo de camarao is often served with a side of white rice and is flavored with palm oil. In the state of Espirito Santo, however, olive oil is used instead, due to the overwhelming Italian influences in the area. 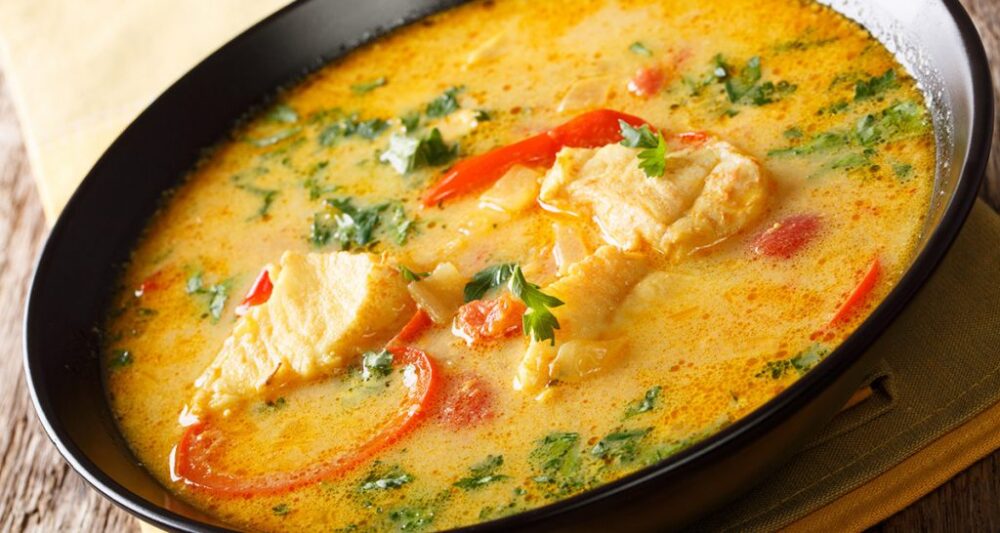 Another favorite dish in Brazilian cuisine is Vatapa, a versatile and comforting stew often made with shrimp. Coconut milk, peanuts, and palm oil are mashed into a paste, to which shrimp and bread are then added. Vatapa is popular in the Brazilian North, where tropical fruit and vegetables are available in great abundance. The creamy texture of this delectable dish makes it a great accompaniment to white rice. The shrimp can also be substituted with cod or even chicken.

What’s your favorite Brazilian dish? Tell us in the comments below!